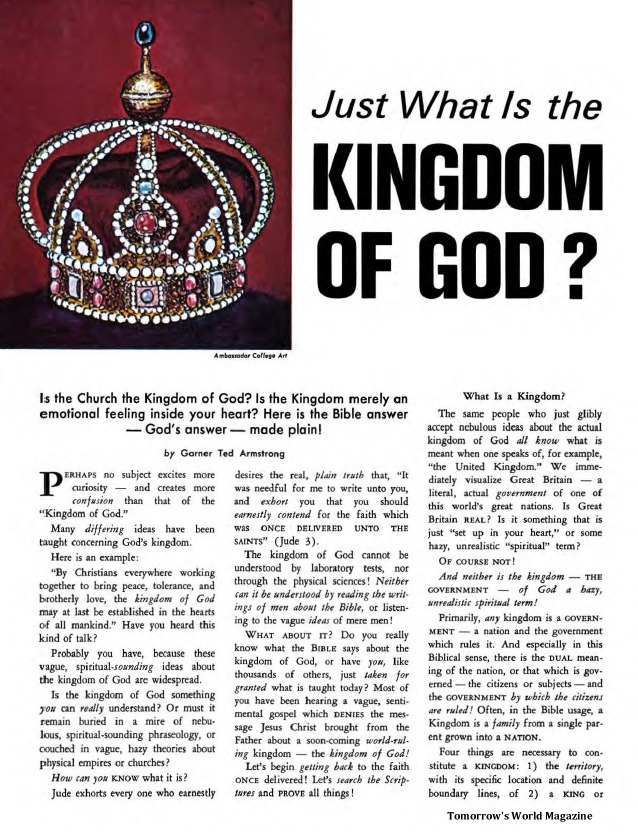 Is the Church the Kingdom of God? Is the Kingdom merely an emotional feeling inside your heart? Here is the Bible answer – God’s answer – made plain! PERHAPS no subject excites more curiosity – and creates more confusion than that of the “Kingdom of God.” Many differing ideas have been taught concerning God’s kingdom. Here is an example: “By Christians everywhere working together to bring peace, tolerance, and brotherly love, the kingdom of God may at last be established in the hearts of all mankind.” Have you heard this kind of talk? …