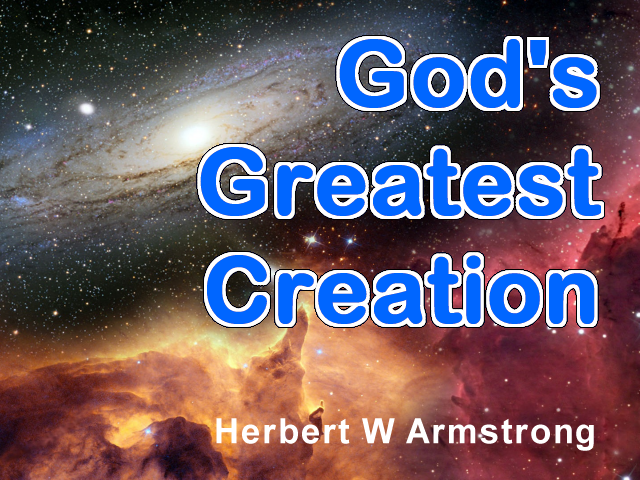 I wonder if you realize that the most difficult and the most important by far of anything that God can create or ever has is Holy Righteous Character and I wonder if you realize that is something that even God Himself cannot create. That’s something that God instantaneously by Himself simply cannot create. Now character of that sort, is the ability in an independent, separate entity or a living being that has intelligence and mind, the ability to know, to have knowledge, the ability to think and reason, the ability to come to conclusions and make decisions and one who is independent and who has what we call free moral agency, he can think for himself. And one who comes to know the right from the wrong, the true from the false… …