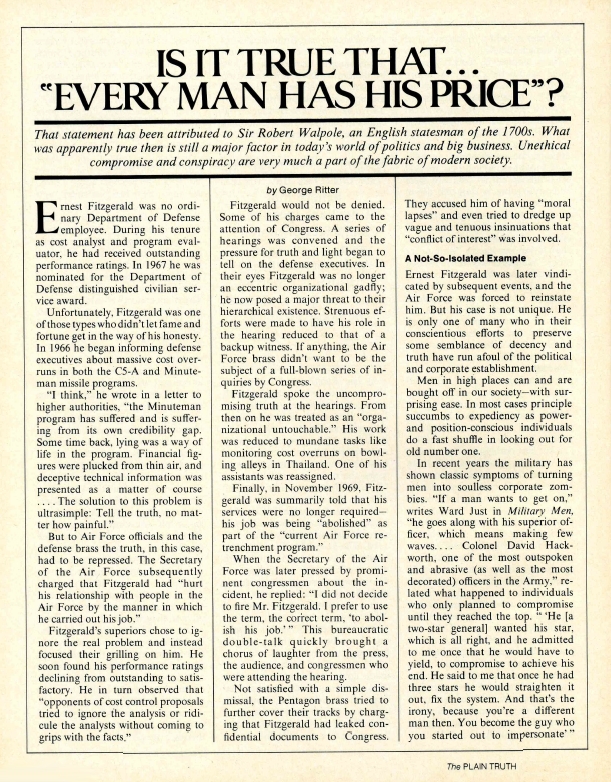 That statement has been attributed to Sir Robert Walpole, an English statesman of the 1700s. What was apparently true then is still a major factor in today’s world of politics and big business. Unethical compromise and conspiracy are very much a part of the fabric of modern society. Ernest Fitzgerald was no ordinary Department of Defense employee. During his tenure as cost analyst and program evaluator, he had received outstanding performance ratings. In 1967 he was nominated for the Department of Defense distinguished civilian service award. Unfortunately, Fitzgerald was one of those types who didn’t let fame and fortune get in the way of his honesty. In 1966 he began informing defense executives about massive cost overruns in both the C5-A and Minuteman missile programs. “I think,” he wrote in a letter to higher authorities, “the Minuteman program has suffered and is suffering from its own credibility gap. Some time back, lying was a way of life in the program. …