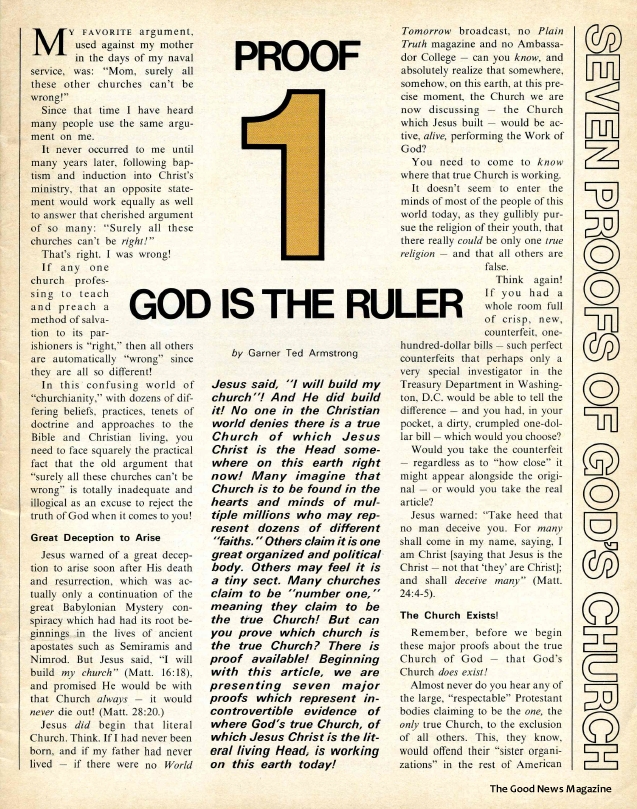 Jesus said, “I will build my church”! And He did build it! No one in the Christian world denies there is a true Church of which Jesus Christ is the Head somewhere on this earth right now! Many imagine that Church is to be found in the hearts and minds of multiple millions who may represent dozens of different “faiths.” Others claim it is one great organized and political body. Others may feel it is a tiny sect. Many churches claim to be “number one,” meaning they claim to be the true Church! But can you prove which church is the true Church? There is proof available! Beginning with this article, we are presenting seven major proofs which represent incontrovertible evidence of where God’s true Church, of which Jesus Christ is the literal living Head, is working on this earth today! My FAVORITE argument, used against my mother in the days of my naval service, was: “Mom, surely all these other churches can’t be wrong!” …