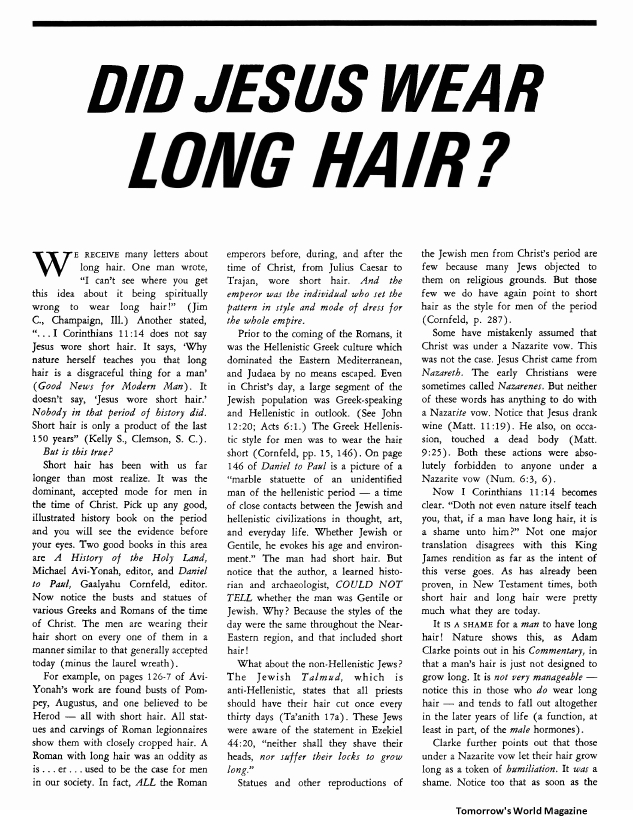 WE RECEIVE many letters about long hair. One man wrote, “I can’t see where you get this idea about it being spiritually wrong to wear long hair!” (Jim C., Champaign, Ill.) Another stated, “… I Corinthians 11:14 does not say Jesus wore short hair. It says, Why nature herself teaches you that long hair is a disgraceful thing for a man’ (Good News for Modern Man). …