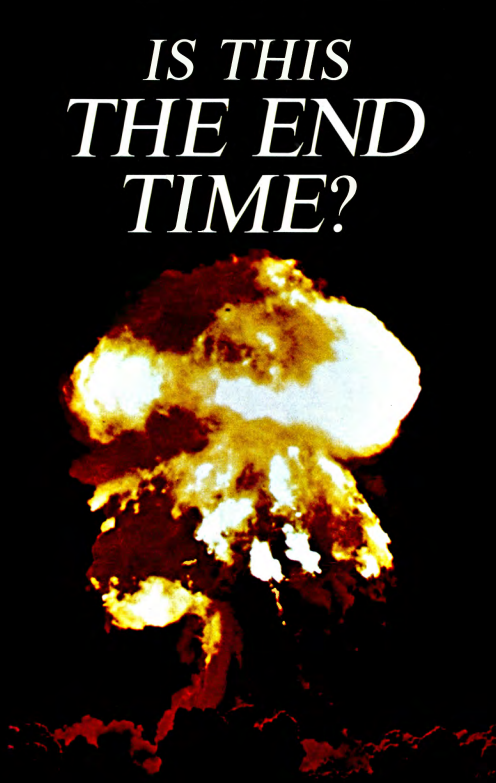 “There have ALWAYS BEEN false prophets, wars and rumors of war, famines, pestilences and earthquakes…” some will claim. “It’s nothing new. How can you KNOW whether this really IS the end — time generation? Can you PROVE it? You ARE living in the time of the end. But people have said that for centuries, haven’t they? Yes, they have. And, surprisingly, we say it again today. You are living in the time of the end — at the close of an age. But, where do we get off telling you we are living in the end time when people have been saying the same thing for centuries? …