The Parables of Jesus: Part One: The Background – Brian Knowles – Good News Magazine

The Parables of Jesus: Part One: The Background – Brian Knowles – Good News Magazine 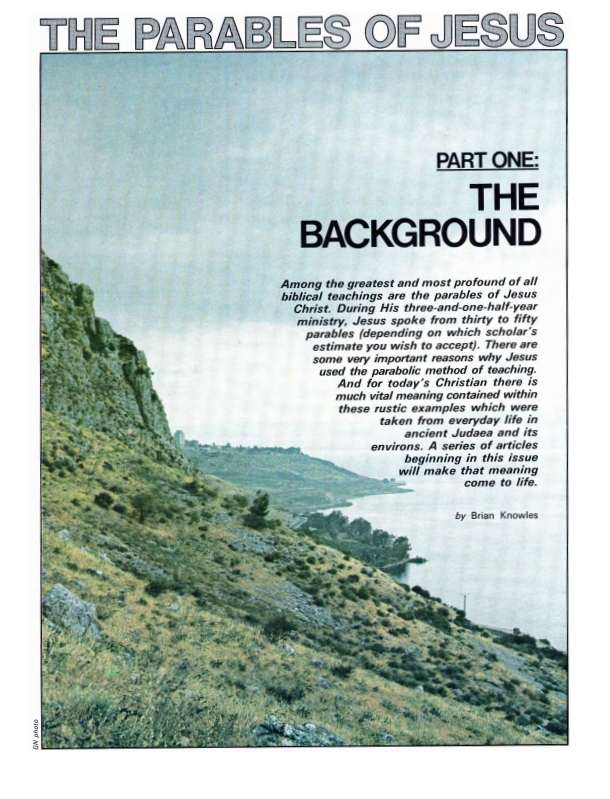 Among the greatest and most profound of all biblical teachings are the parables of Jesus Christ. During His three-and-one-half-year ministry, Jesus spoke from thirty to fifty parables (depending on which scholar’s estimate you wish to accept). There are some very important reasons why Jesus used the parabolic method of teaching. And for today’s Christian there is much vital meaning contained within these rustic examples which were taken from everyday life in ancient Judaea and its environs. A series of articles beginning in this issue will make that meaning come to life. SHOULD IT be surprising that Jesus used parables? Not if you understand something of the Jewish world in Christ’s day. …