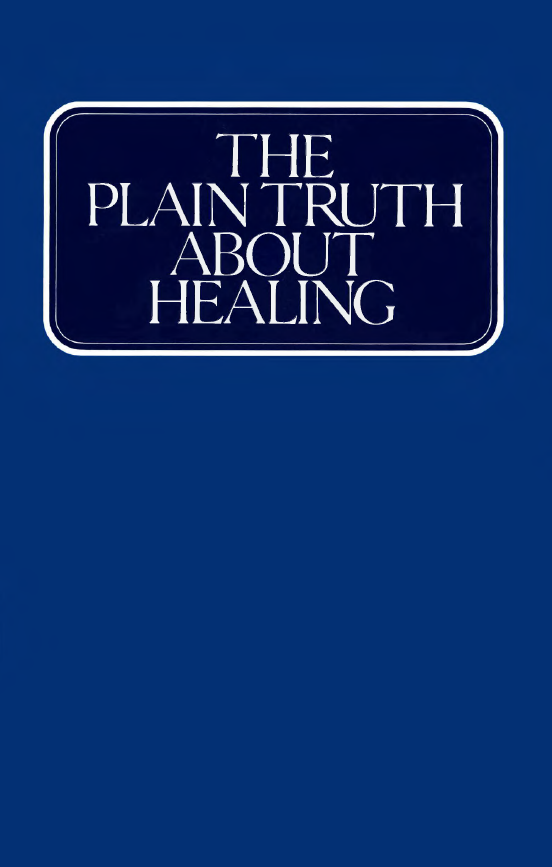 You live in a world that relies primarily on medical doctors to treat illness. Most professing Christians today say: “God raised up medical science for our day. Jesus healed to prove He was the Messiah. But the day of miracles is now past.” Some, who think God heals through self-professed faith healers, attend public healing shows. Some believe in healing by one of the forms of “mental science” — the power of mind over matter. Others say: “Well, I think God can heal — if it’s His will. But how can we know whether it’s His will?” …