Which Translations Should You Use? – Lester L Grabbe – Good News Magazine

Which Translations Should You Use? – Lester L Grabbe – Good News Magazine 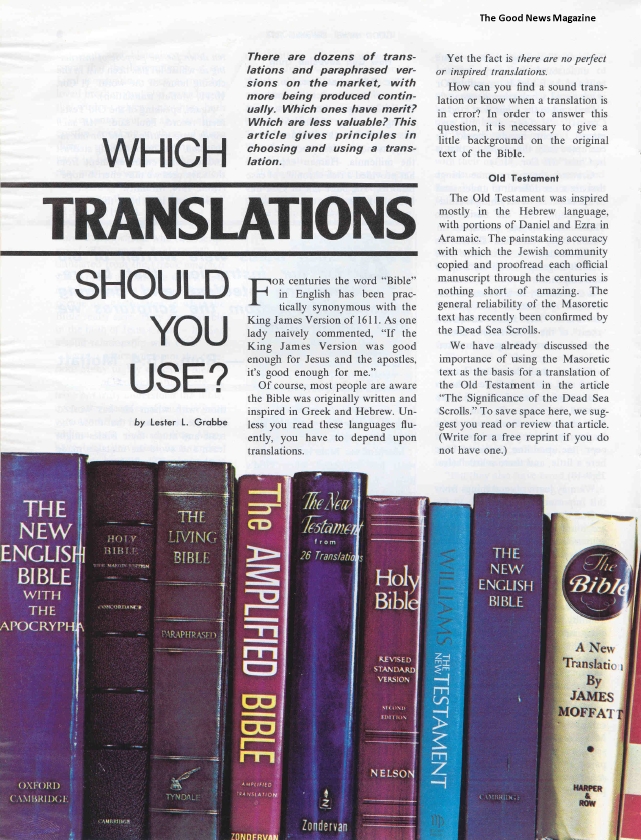 There are dozens of translations and paraphrased versions on the market, with more being produced continually. Which ones have merit? Which are less valuable? This article gives principles in choosing and using a translation. POR centuries the word “Bible” in English has been practically synonymous with the King James Version of 1611. …