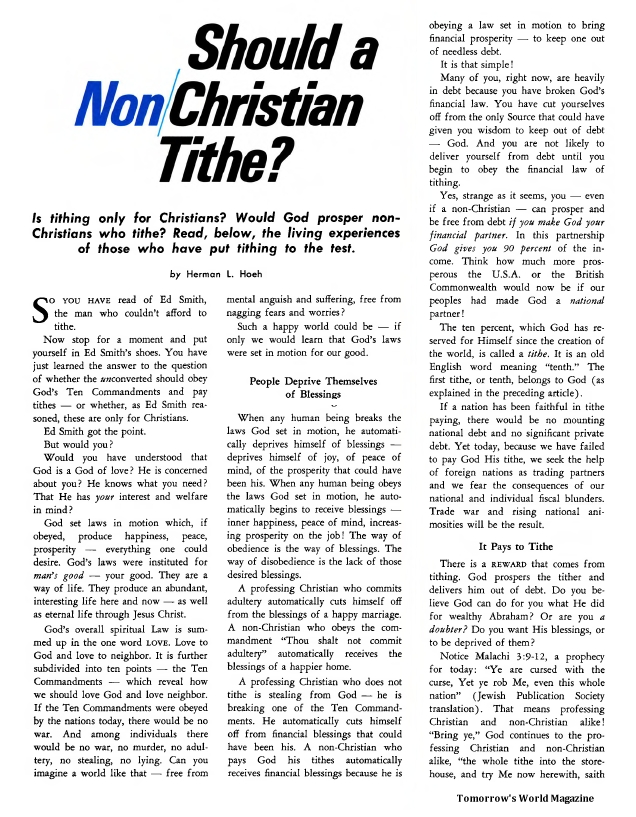 Is tithing only for Christians? Would God prosper non-Christians who tithe? Read, below, the living experiences of those who have put tithing to the test. …