What Is Man? – Worldwide Church of God – Booklet

What Is Man? – Worldwide Church of God – Booklet 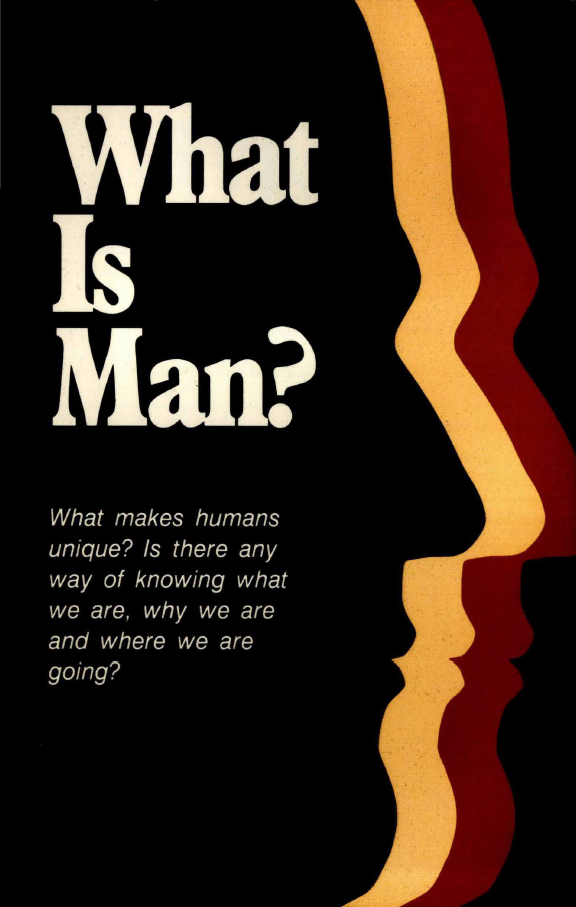 WHAT IS MAN? WHAT MAKES HIM UNIQUE? Man is the most complex, truly unique physical mechanism ever designed and made. With such a marvelous mind and body, we might expect it was only natural that our Maker send along his “Instruction Book” – just as a manufacturer sends along with the instrument or device he manufactures an instruction book describing what his product is designed to do. That Instruction Book God did send. It reveals the missing dimension in knowledge – the incredible human potential. God’s Instruction Book; This Instruction Book tells us what we are, why we are, where we are going, and the way to get there! We call it the Holy Bible. It reveals that God first created angels – composed of spirit, though lesser than God and lacking in ultimate creative power. It reveals that the physical universe, including the earth, was next brought into existence. A third of the angels were then placed here on earth. They were put under the rule of the government of God, which was administered on earth by the great archangel known as Lucifer. …