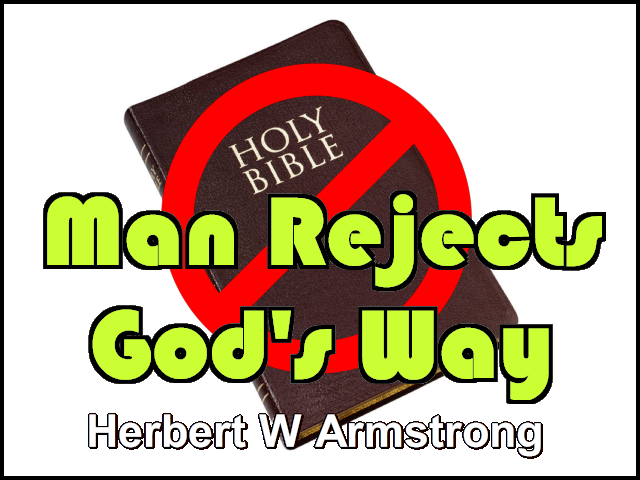 It was revealed by God through all of His prophets but men stoned the prophets and rejected that way. God sent the message of that way by His own Son – Jesus Christ. Men took His name and appropriated it. They went out in His name and tried to appropriate His authority but they rejected the message and they crucified Him. That’s what men have done to the way that would bring them everything they want and then they wonder why they have the heartaches and the headaches and every other kind of ache and pain and suffering and unhappiness that we find on the earth today. …