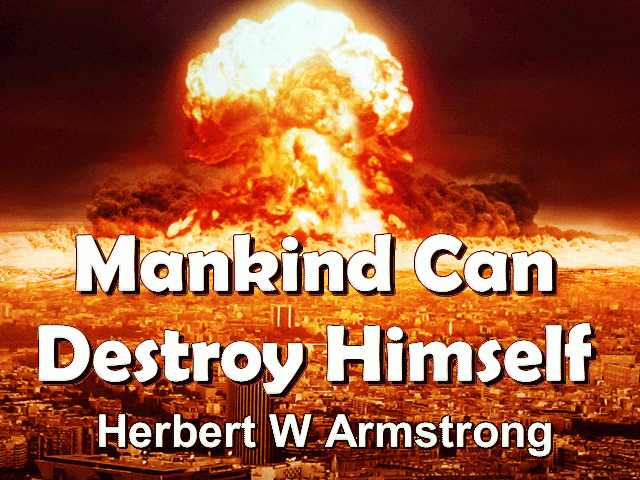 …In 20 minutes lay waste and entire enemy continent without warning in one night, that’s the world that you live in and you’ll notice that the Eternal God who created man and created this earth and put man upon it and gave us the air to breathe in the atmosphere that we were made He said back there “and now nothing will be restrained from man, which they have imagined to do”. God set breaks, God divided their languages, God scattered them and they were out of communications so they could not go ahead and do everything that they planned… …