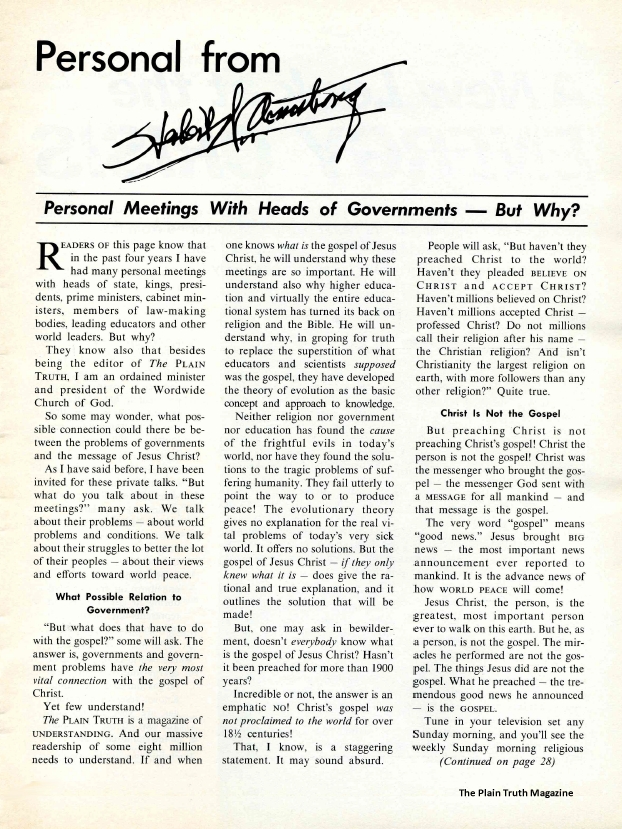 Personal from Herbert W Armstrong – READERS OF this page know that in the past four years I have had many personal meetings with heads of state, kings, presidents, prime ministers, cabinet ministers, members of law-making bodies, leading educators and other world leaders. But why? They know also that besides being the editor of The PLAIN TRUTH, I am an ordained minister and president of the Wordwide Church of God. So some may wonder, what possible connection could there be between the problems of governments and the message of Jesus Christ? …