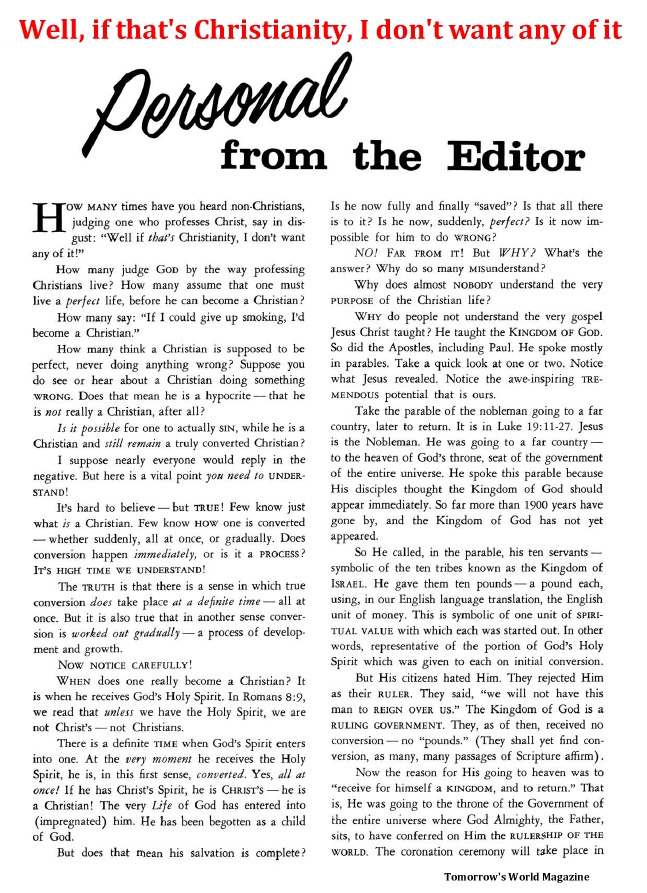 Personal from Herbert W Armstrong – How MANY times have you heard non-Christians, judging one who professes Christ, say in disgust: “Well if that’s Christianity, I don’t want any of it!” How many judge GOD by the way professing Christians live? How many assume that one must live a perfect life, before he can become a Christian? How many say: “If I could give up smoking, I’d become a Christian.” How many think a Christian is supposed to be perfect, never doing anything wrong? Suppose you do see or hear about a Christian doing something WRONG. Does that mean he is a hypocrite – that he is not really a Christian, after all? …