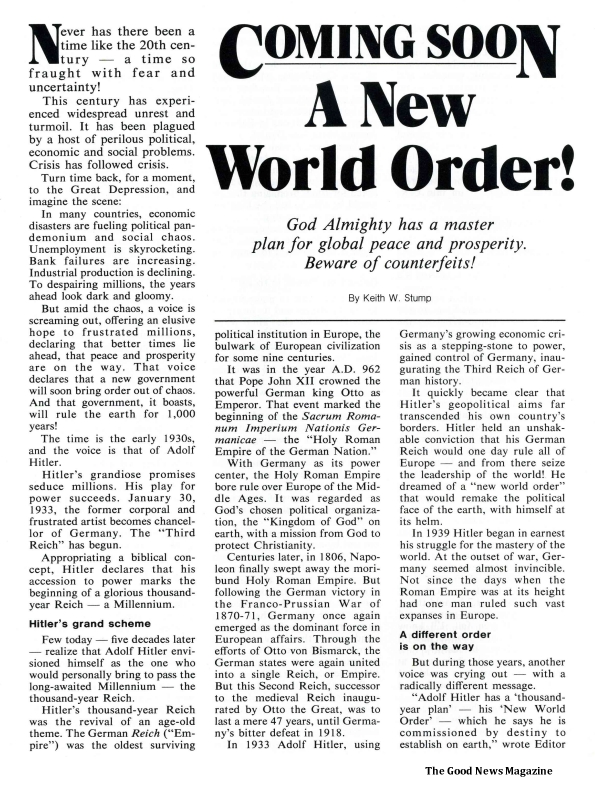 God Almighty has a master plan for global peace and prosperity. Beware of counterfeits! Never has there been a time like the 20th century – a time so fraught with fear and uncertainty! This century has experienced widespread unrest and turmoil. It has been plagued by a host of perilous political, economic and social problems. Crisis has followed crisis. Turn time back, for a moment, to the Great Depression, and imagine the scene. …