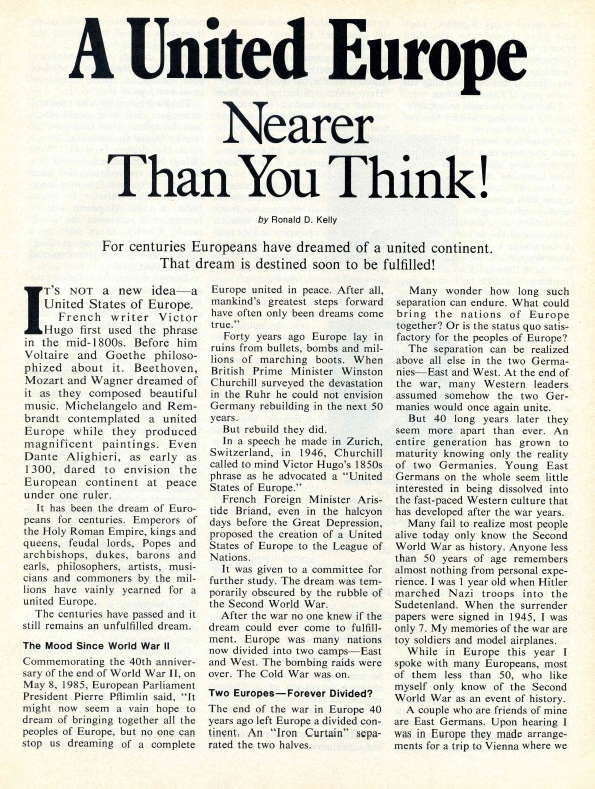 For centuries Europeans have dreamed of a united continent. That dream is destined soon to be fulfilled! IT’S NOT a new idea-a United States of Europe. French writer Victor Hugo first used the phrase in the mid-l800s. Before him Voltaire arid Goethe philosophized about it. Beethoven, Mozart and Wagner dreamed of it as they composed beautiful music. Michelangelo and Rembrandt contemplated a united Europe while they produced magnificent paintings. Even Dante Alighieri, as early as 1300, dared to envision the European continent at peace under one ruler. …