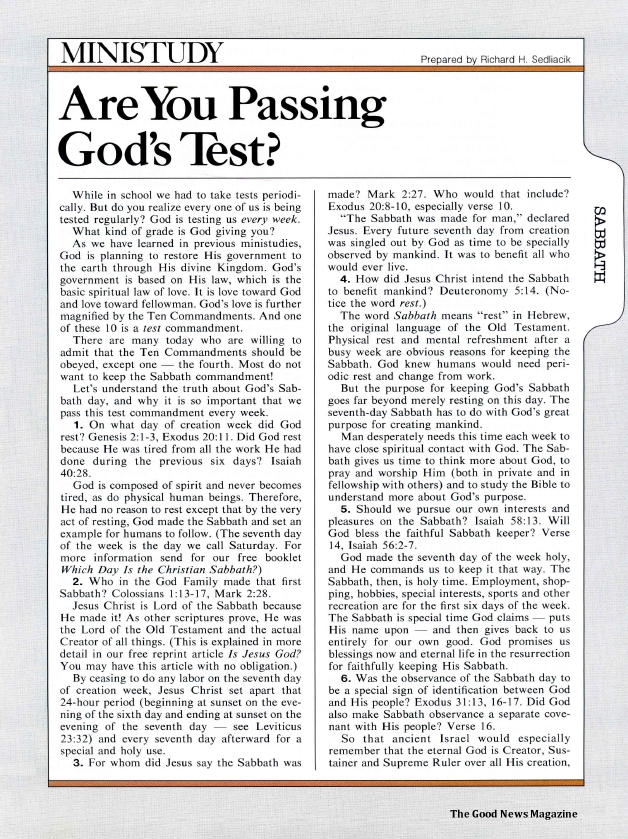 While in school we had to take tests periodically. But do you realize everyone of us is being tested regularly? God is testing us every week. What kind of grade is God giving you? As we have learned in previous ministudies, God is planning to restore His government to the earth through His divine Kingdom. God’s government is based on His law, which is the basic spiritual law of love. It is love toward God and love toward fellowman. God’s love is further magnified by the Ten Commandments. And one of these 10 is a test commandment. There are many today who are willing to admit that the Ten Commandments should be obeyed, except one – the fourth. Most do not want to keep the Sabbath commandment! Let’s understand the truth about God’s Sabbath day, and why it is so important that we pass this test commandment every week. …