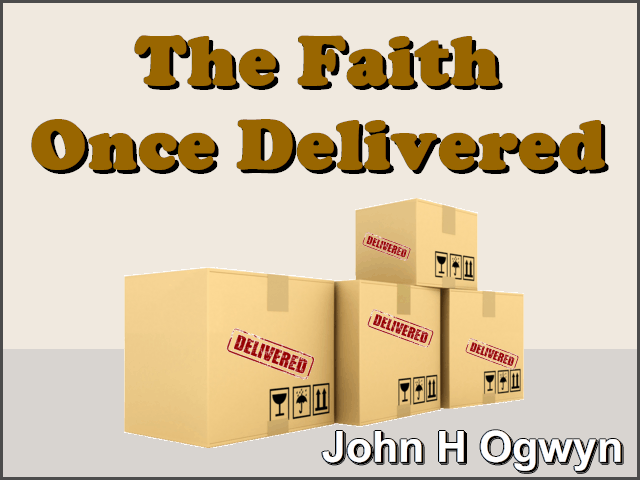 You know brethren, through the years there’s been a lot of people who have talked about, getting back to the faith once delivered. You know something, the Protestant use that expression and what they’re talking about is, what John Wesley taught when he founded the Methodist, or what Martin Luther taught when he founded the Lutherans or what John Calvin taught and so they’re talking about is getting back to the reformation when they talk about getting back to the faith once delivered. There have been people in the Church of God that have talked about that, I remember back in 1974 Mr. Armstrong learned that he had been incorrect in his understanding about how to count Pentecost. Those of you, who have been around the church for a long time remember we used to celebrate Pentecost on Monday and Mr. Armstrong came to understand that we had misunderstood some passages of scripture and that in reality Pentecost was a Sunday. …