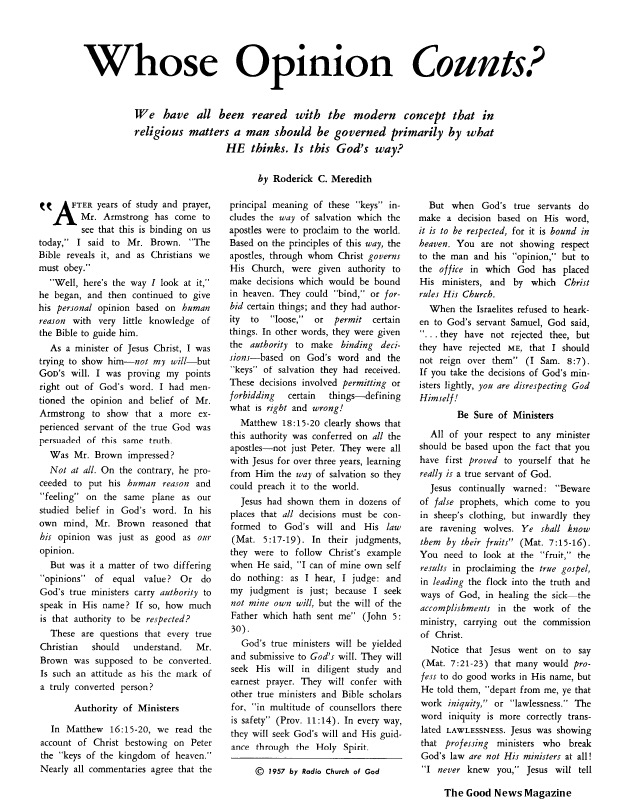 We have all been reared with the modern concept that in religious matters a man should be governed primarily by what HE thinks. Is this God’s way? “After years of study and prayer, Mr. Armstrong has come to see that this is binding on us today,” I said to Mr. Brown. “The Bible reveals it, and as Christians we must obey.” “Well, here’s the way I look at it,” he began… …