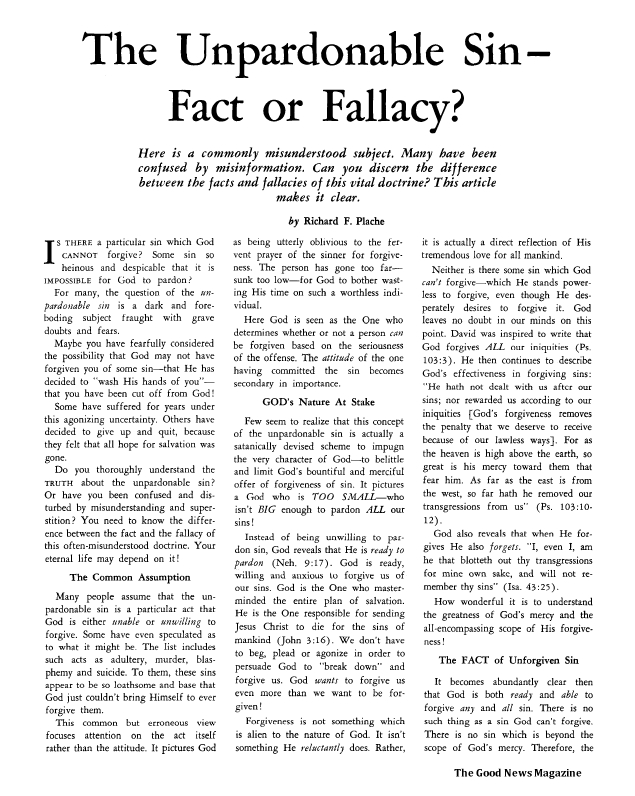 Here is a commonly misunderstood subject. Many have been confused by misinformation. Can you discern the difference between the facts and fallacies of this vital doctrine? This article makes it clear. IS THERE a particular sin which God CANNOT forgive? Some sin so heinous and despicable that it is IMPOSSIBLE for God to pardon! …