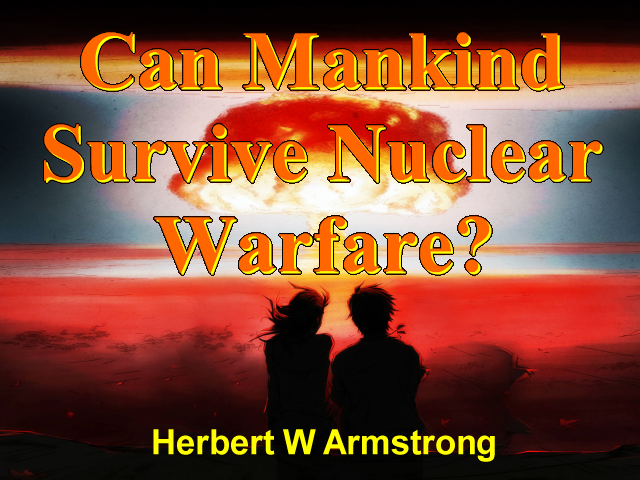 Nuclear World War III, the unthinkable, will there even be the day after? Only Biblical prophecy can tell. On Sunday night, November the 20th 1983 one hundred million in the United States were shocked out of complacency by the television movie “The Day After”. It has been talked about and discussed ever since, it made history in the United States. It made the public aware of the horror of a possible coming nuclear World War and the coming Armageddon… …