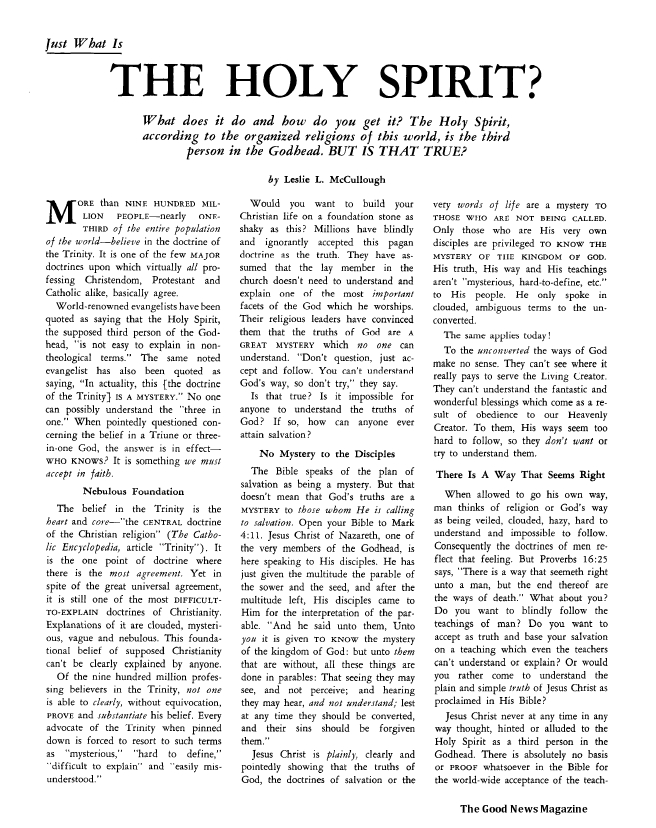 What does it do and how do you get it? The Holy Spirit, according to the organized religions of this world, is the third person in the Godhead. BUT IS THAT TRUE? MORE than NINE HUNDRED MILLION PEOPLE – nearly ONE-THIRD of the entire population of the world – believe in the doctrine of the Trinity. …