In Which World Are You? – Herbert W Armstrong – The World Tomorrow Telecast

In Which World Are You? – Herbert W Armstrong – The World Tomorrow Telecast 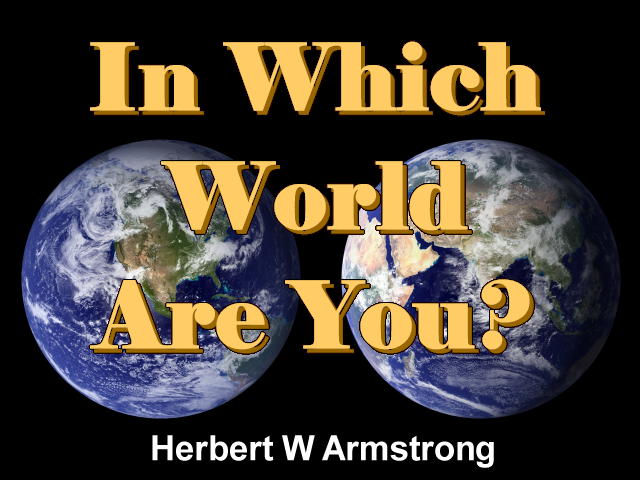 I had just turned on television, the NBC Tonight Show was on and Johnny Carson was interviewing a movie star and suddenly I thought will who else pray tell but a show biz personality could Johnny Carson interview anyway. Who else was of any importance, or would be considered of importance to the viewing public or of interest to the viewing public? That started a train of thought, I began to think how many different worlds there are in this world, show biz is a world all unto itself… …