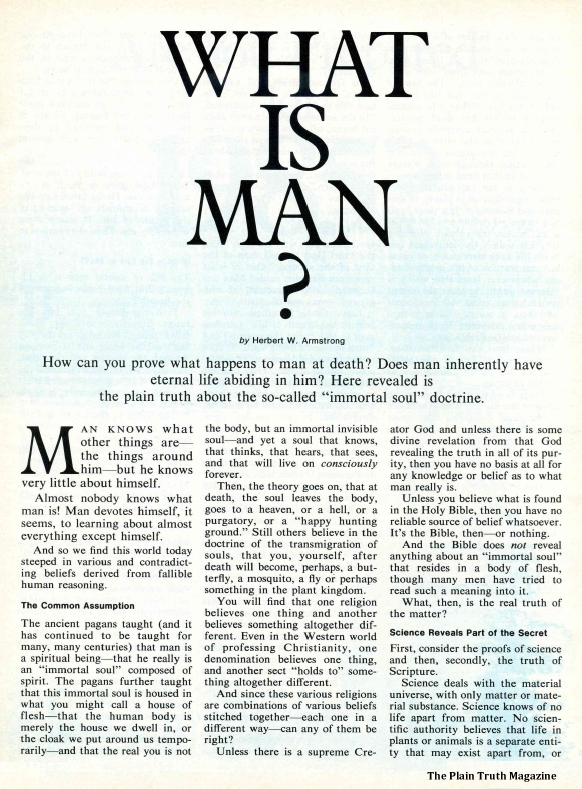 How can you prove what happens to man at death? Does man inherently have eternal life abiding in him? Here revealed is the plain truth about the so-called “immortal soul” doctrine. Man knows what – other things are the things around him – but he knows very little about himself. Almost nobody knows what man is! Man devotes himself, it seems, to learning about almost everything except himself. And so we find this world today steeped in various and contradicting beliefs derived from fallible human reasoning. …