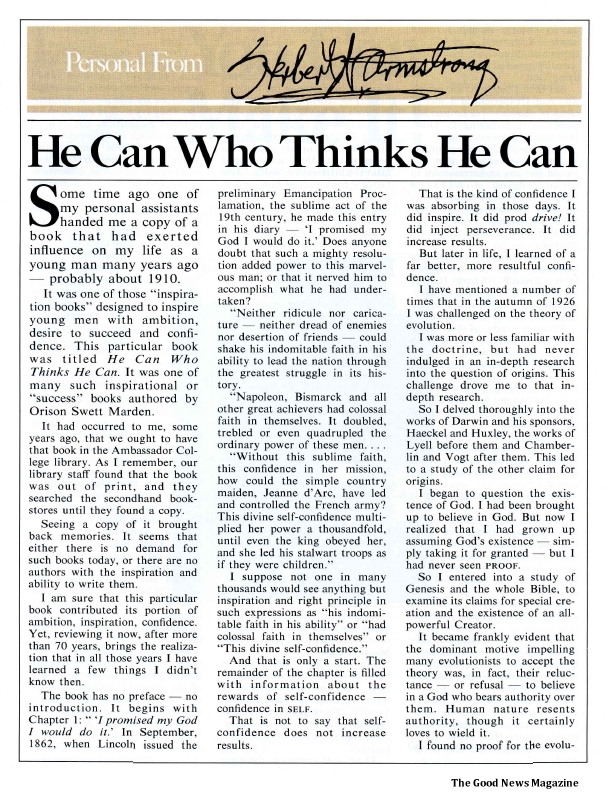 Personal from Herbert W Armstrong – Sometime ago one of my personal assistants handed me a copy of a book that had exerted influence on my life as a young man many years ago – probably about 1910. It was one of those “inspiration books” designed to inspire young men with ambition, desire to succeed and confidence. This particular book was titled He Can Who Thinks He Can. It was one of many such inspirational or “success” books authored by Orison Swett Marden. …