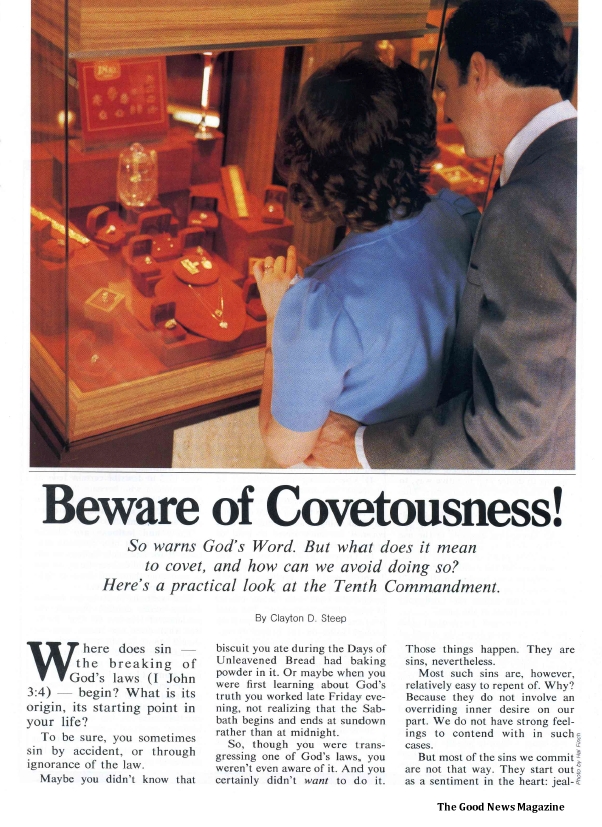 So warns God’s Word. But what does it mean to covet, and how can we avoid doing so? Here’s a practical look at the Tenth Commandment. Where does sin – the breaking of God’s laws (I John 3:4) – begin? What is its origin, its starting point in your life? To be sure, you sometimes sin by accident, or through ignorance of the law. Maybe you didn’t know that biscuit you ate during the Days of Unleavened Bread had baking powder in it. Or maybe when you were first learning about God’s truth you worked late Friday evening, not realizing that the Sabbath begins and ends at sundown rather than at midnight. …