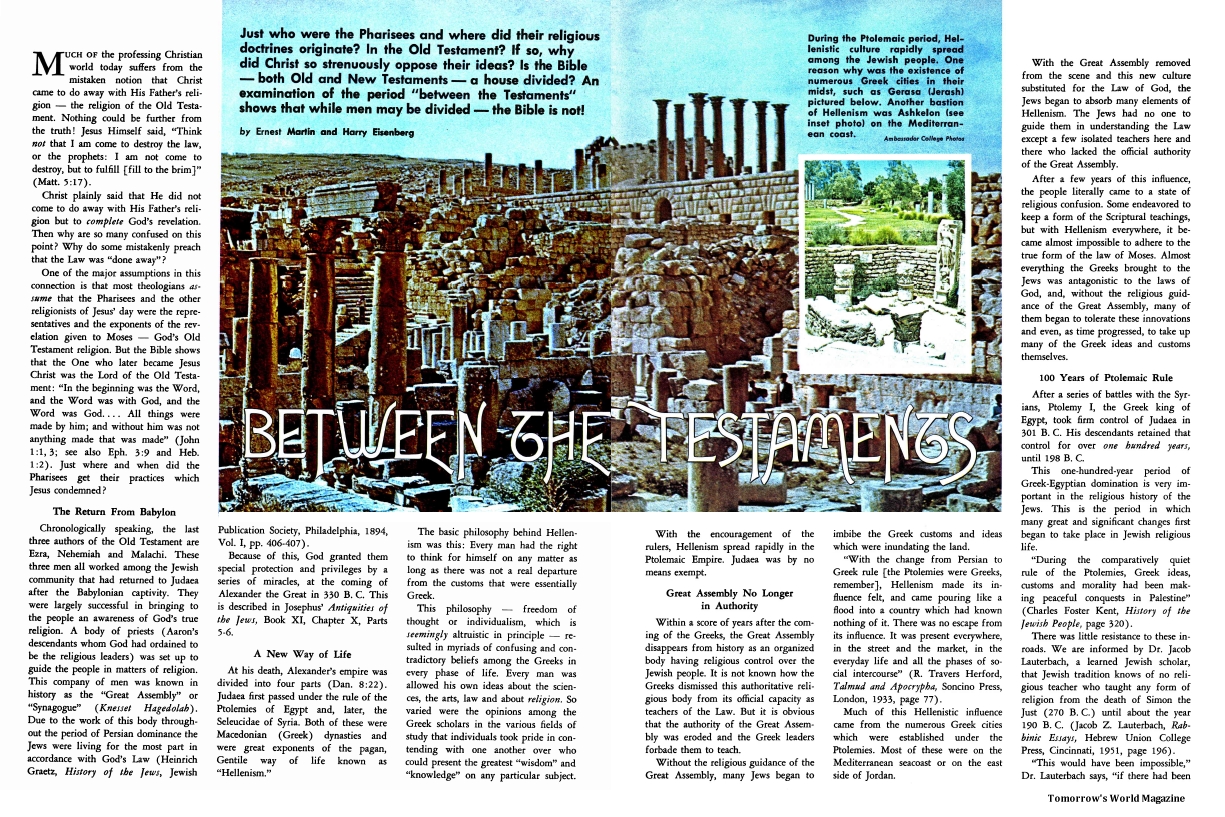 Just who were the Pharisees and where did their religious doctrines originate? In the Old Testament? If so, why did Christ so strenuously oppose their ideas? Is the Bible — both Old and New Testaments — a house divided? An examination of the period “between the Testaments” shows that while men may be divided — the Bible is not! …