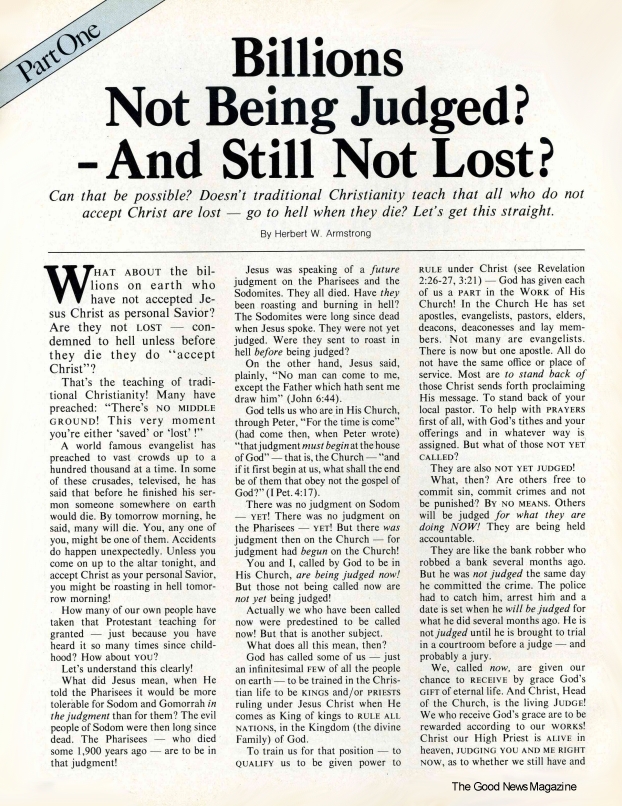 Can that be possible? Doesn’t traditional Christianity teach that all who do not accept Christ are lost — go to hell when they die? Let’s get this straight. WHAT ABOUT the billions on earth who have not accepted Jesus Christ as personal Savior? Are they not LOST — condemned to hell unless before they die they do “accept Christ”? That’s the teaching of traditional Christianity! Many have preached: “There’s NO MIDDLE GROUND! This very moment you’re either ‘saved’ or ‘lost’!” …