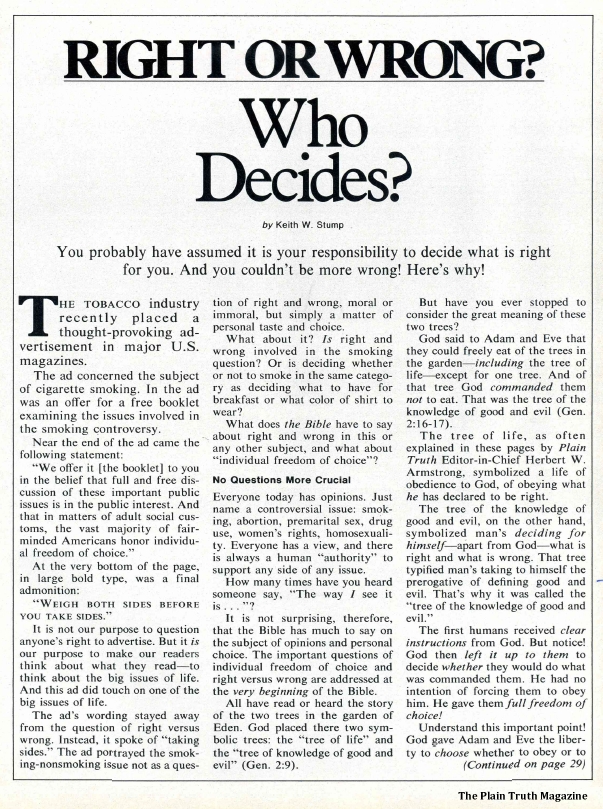 You probably have assumed it is your responsibility to decide what is right for you. And you couldn’t be more wrong! Here’s why! The tobacco industry recently placed a thought-provoking advertisement m major U.S. magazines. The ad concerned the subject of cigarette smoking. In the ad was an offer for a free booklet examining the issues involved in the smoking controversy. Near the end of the ad came the following statement: “We offer it (the booklet) to you in the belief that full and free discussion of these important public issues is in the public interest. And that in matters of adult social customs, the vast majority of fair-minded Americans honor individuals freedom of choice.” …