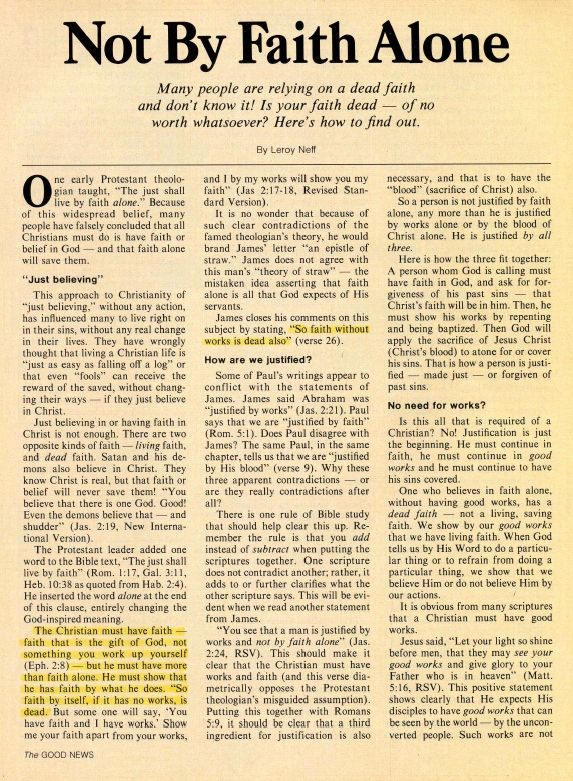 Many people are relying on a dead faith and don’t know it! Is your faith dead – of no worth whatsoever? Here’s how to find out. One early Protestant theologian taught, “The just shall live by faith alone.” Because of this widespread belief, many people have falsely concluded that all Christians must do is have faith or belief in God – and that faith alone will save them. …