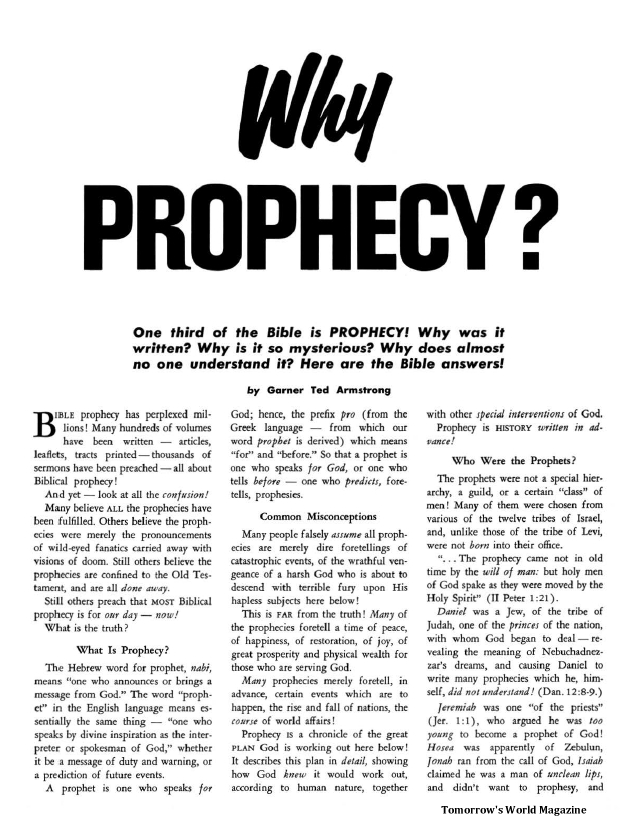 One third of the Bible is PROPHECY! Why was it written? Why is it so mysterious? Why does almost no one understand it? Here are the Bible answers! BIBLE prophecy has perplexed millions! Many hundreds of volumes have been written – articles, leaflets, tracts printed – thousands of sermons have been preached – all about Biblical prophecy! And yet – look at all the confusion! Many believe ALL the prophecies have been fulfilled. Others believe the prophecies were merely the pronouncements of wild-eyed fanatics carried away with visions of doom. Still others believe the prophecies are confined to the Old Testament, and are all done away. Still others preach that MOST Biblical prophecy is for our day – now! What is the truth? …