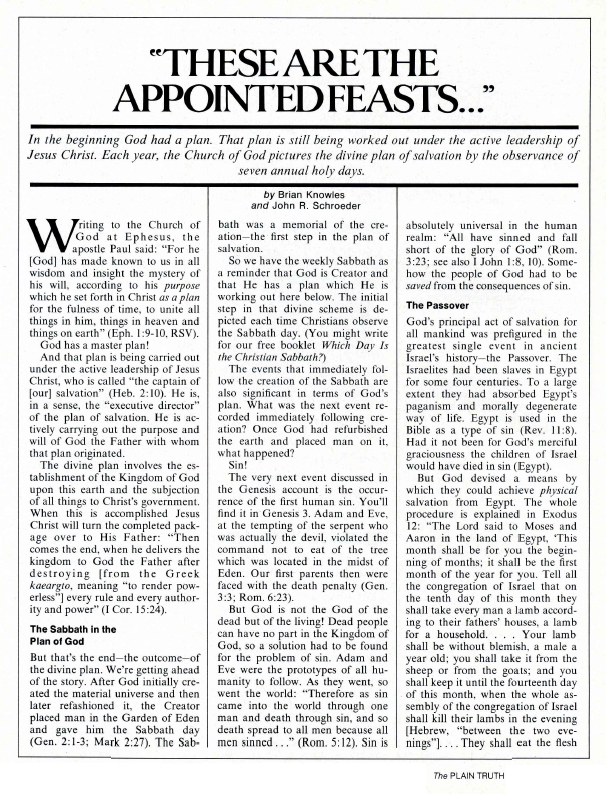 In the beginning God had a plan. That plan is still being worked out under the active leadership of Jesus Christ. Each year, the Church of God pictures the divine plan of salvation by the observance of seven annual holy days. Writing to the Church of God at Ephesus, the apostle Paul said: “For he [God] has made known to us in all wisdom and insight the mystery of his will, according to his purpose which he set forth in Christ as a plan for the fullness of time, to unite all things in him, things in heaven and things on earth” (Eph. 1:9-10, RSV). God has a master plan! And that plan is being carried out under the active leadership of Jesus Christ, who is called “the captain of [our] salvation” (Heb. 2:10). He is, in a sense, the “executive director” of the plan of salvation. He is actively carrying out the purpose and will of God the Father with whom that plan originated. …