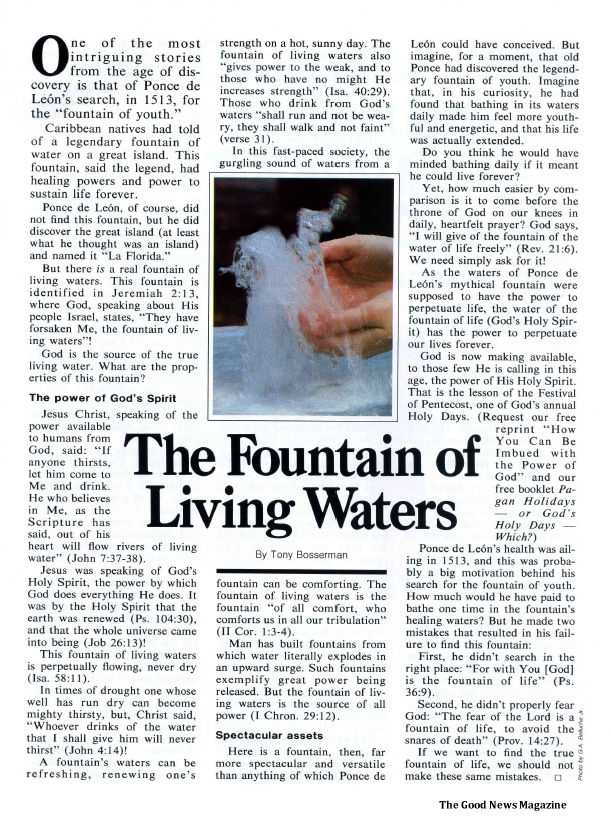 One of the most intriguing stories from the age of discovery is that of Ponce de Leon’s search, in 1513, for the “fountain of youth.” Caribbean natives had told of a legendary fountain of water on a great island. This fountain, said the legend, had healing powers and power to sustain life forever. Ponce de Leon, of course, did not find this fountain, but he did discover the great island (at least what he thought was an island) and named it “La Florida.” But there is a real fountain of living waters. This fountain is identified in Jeremiah 2:13, where God, speaking about His people Israel, states, “They have forsaken Me, the fountain of living waters”! …