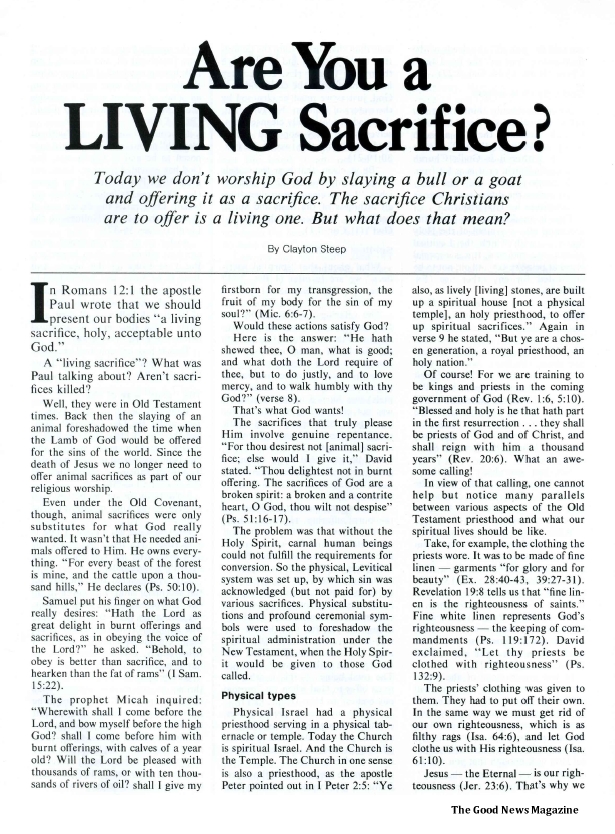 Today we don’t worship God by slaying a bull or a goat and offering it as a sacrifice. The sacrifice Christians are to offer is a living one. But what does that mean? In Romans 12:1 the apostle Paul wrote that we should present our bodies “a living sacrifice, holy, acceptable unto God.” A “living sacrifice”? What was Paul talking about? Aren’t sacrifices killed? Well, they were in Old Testament times. Back then the slaying of an animal foreshadowed the time when the Lamb of God would be offered for the sins of the world. Since the death of Jesus we no longer need to offer animal sacrifices as part of our religious worship. …