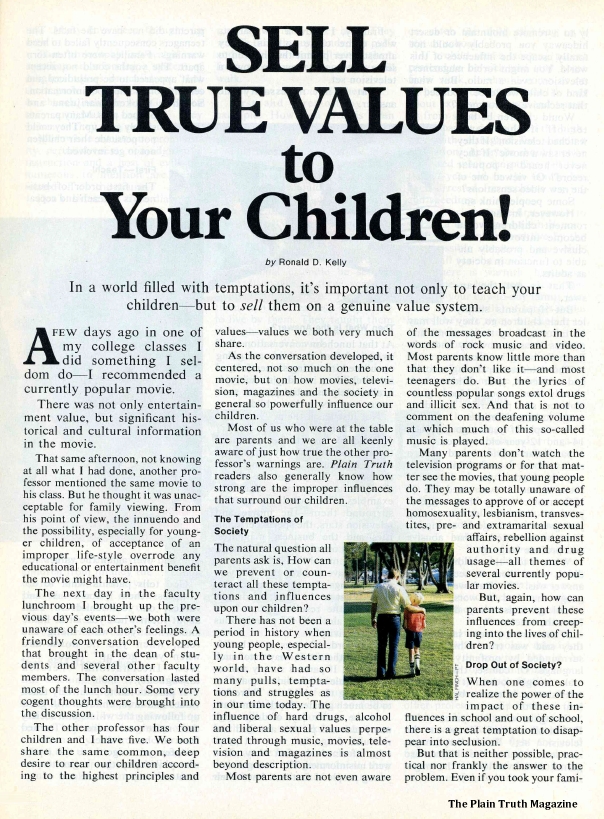 In a world filled with temptations, it’s important not only to teach your children – but to sell them on a genuine value system. A few days ago in one of my college classes I did something I seldom do – I recommended a currently popular movie. There was not only entertainment value, but significant historical and cultural information in the movie. That same afternoon, not knowing at all what I had done, another professor mentioned the same movie to his class. But he thought it was unacceptable for family viewing. From his point of view, the innuendo and the possibility, especially for younger children, of acceptance of an improper life-style overrode any educational or entertainment benefit the movie might have. The next day in the faculty lunchroom I brought up the previous day’s events – we both were unaware of each other’s feelings. A friendly conversation developed that brought in the dean of students and several other faculty members. The conversation lasted most of the lunch hour. Some very cogent thoughts were brought into the discussion. …