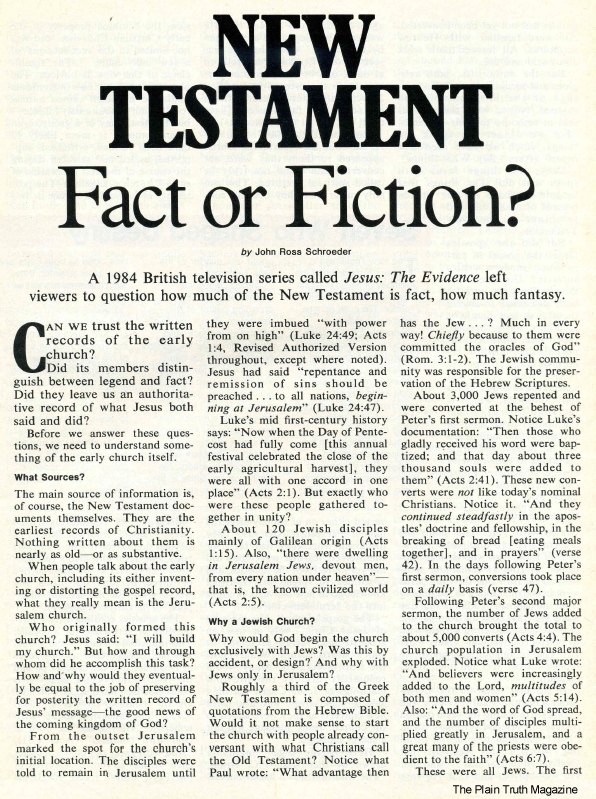 A 1984 British television series called Jesus: The Evidence left viewers to question how much of the New Testament is fact, how much fantasy. Can we trust the written records of the early church? Did its members distinguish between legend and fact? Did they leave us an authoritative record of what Jesus both said and did? Before we answer these questions, we need to understand something of the early church itself. …